“Unconditional LOVE is not a choice for one to make, it just is what they are, without condition or exception.”   …Kip Baldwin

As we continue on through this experience we so fondly refer to as life some of us keep asking questions. One question I ask in particular is, what does it all amount to in the end? And there are many others such as, what is the purpose of it all; does it even have a purpose; what is life anyway; what is death; why is there so much sickness; why is there so much suffering? And on and on it goes, question after question.

I agree with him. But that being said, I’ve henceforth learned there’s a discretionary path to be followed when one asks a question and then sets out to find its answer. Proctor’s path was, and still is as far as I know, one that led to finding financial gain and improving this physical experience we refer to as life. Please don’t misunderstand me for there’s absolutely nothing wrong with that. In fact, it’s a very worthy path to follow.

But, once financial goals are reached, and all the good life money can buy is experienced, up pops that pesky question, what does it all amount to in the end? This question seems to be the main one, even though it may be asked in a slightly different form depending on the circumstances.

If a person has made it big, and physical goals are reached, and finances are not a problem, then the question remains; what does it all amount to in the end? On the other hand, if a person goes through this physical experience without making it big, physical goals are missed, and finances are in short supply, then the question may change slightly to: What difference does it make in the end?

It matters not which side of the good life spectrum a person is on, the above quote applies equally to both. This is one thing we can all agree on, for we all know for sure the body will not stay. And it’s also this knowing that causes the questions mentioned in the above paragraph to be asked.

“Almost everything, all external expectations, all pride, all fear of embarrassment or failure, these things just fall away in the face of death, leaving only what is truly important.”   …Steve Jobs 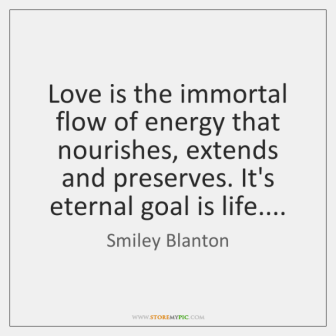 Steve Jobs became one of this world’s most successful and wealthy persons during his short sojourn here. Which meant he had access to all the good life which money could buy. But outside of being able to leave a legacy and some wealth for others, the question can be asked: What did it all amount to in the end?

He didn’t identify what it was that became truly important when he was face to face with the illusion we call death. But if I had to guess, I’d say he realized that LOVE is the only important thing.

“There is no death because what God created shares His Life.”   …ACIM

Every problem we humans perceive is caused by the dreadful fear of death, as the Course tells us: Death is the central dream from which all illusions stem. What nightmare could be worse than living in a world where every living thing is destined to die? That’s the world we believe we live in. A world where everything born into it is already sentenced to face its own death. What could such a world engender other than fear? And what is the foundation of all our problems if it’s not fear?

It’s not difficult to imagine that all our problems would vanish if we could accept the idea expressed in the above quote; there is no death. For the acceptance of that idea is just another form of the decision to recognize the Spirit. If you can accept the idea you’re a Spiritual Being created by a loving Creator, then you’ve also accepted the idea you cannot die. And if you cannot die, then that which we refer to as death must be an illusion. It can be no other way, for there’s no room for compromise here.

“Nothing survives its purpose. If it be conceived to die, then die it must unless it does not take this purpose as its own.”   …ACIM

The title of this post asks; What have I learned? The answer, I’ve learned, is, it’s more important to unlearn most of what I’ve learned over the years. For, I’ve learned, I cannot learn anything new as long as I hold onto old ideas.

I learned early on that I was born into this world on a certain day. And I learned to celebrate that day as the day my life began. But I’ve since unlearned that idea, and accepted it as an illusion.

This unlearning has allowed me to learn that I was never born into this world, and my life had no beginning, for I am part of God. I understand that the Thought that is me had a beginning, for it was created – or thought – by my Creator. But the Life that was given me had no beginning, nor will it have an end. For, as the second quote above, informs me: What God created shares His Life.

Yet your learning is not immortal, and you can unlearn it…   …ACIM

There are so many lessons I’ve learned throughout this physical experience which need to be unlearned, that it would take me years to tell. As mentioned above I learned I was born into a physical body, and this physical experience is my life. I also learned I was born to die, that at some point in the future, I learned, I would die. And it was such a glorious thing to unlearn that foolish idea.

Unlearning that lesson has provided room for me to learn that, there is no death because what God created shares His Life.

The body neither lives nor dies because it cannot contain you who are life.   …ACIM

I’m going to close this post with another quote from the Course: “The body is outside you, and but seems to surround you, shutting you off from others and keeping you apart from them and them from you. It is not there.”

Thank you for visiting this blog – I truly appreciate it