“The mind is everything. What you think, you become”

I closed my last post with the above quote, and it has been on my mind, so I’ve decided to write this one to elaborate on it a bit. The quote is widely attributed to The Buddha, but it’s authenticity as a Buddha quote is also widely questioned. The thing is, it matters not to me whether it was coined by him or someone else – I love it! I love the straight forward and simplistic claims it makes. There are two of them. First, the mind is everything and second, what you think, you become.

But at this point we should slow down, and ask a few questions. I’m going to jump over the first part for now, and look at the second one, what you think, you become, and ask a couple. I hope I’m not getting myself in over my head, as they say.

First of all; what does it even mean to become what we think? If I sit here and think about the above picture; does that mean, eventually I’ll find myself eating nectar like a hummingbird? Does it mean I’ll eventually turn into a hummingbird and therefore, be able to soar high in the sky or hover in front of a flower?

I’m jesting here of course, but if the quote is taken literally, then most would shake their heads sarcastically and leave it there. And from my point of view I see it as too important to leave it at that, for we all know that’s not what it means. So again; what does it mean?  I think the meaning is very simple if we look at it from a simplistic point of view.

Every thought you have brings either love or fear  …ACIM

We humans have a way of complicating what is actually very simple. If we think about the above quote, and then think about our own life experiences for a few moments, I believe we’ll soon realize how true it is.

And I believe this quote adheres pretty close to the meaning behind the phrase, what you think, you become. For I don’t believe Buddha, or whomever the originator may have been, thought of it as being complicated at all.

On the other hand, if we can do as Kathy Willis suggested, and evict those destructive thoughts from our minds, then thoughts that line up with the Mind of Christ will, as she said,  fill the void. These types of thoughts are filled to overflowing with love, happiness, joy, health and all other good and wonderful things. And if we spend our time thinking about these we’ll become the same – loving, happy, joyful and healthy.

Every spiritual or life-improvement teacher or author I’ve ever listened to, or read, has  taught this in one way or another. We will eventually become what we think about most of the time. For example, Henry Ford once said, “Whether you think you can, or you think you can‘t – you‘re right” Was he not telling his audience that the difference between success and failure lay within their thoughts?

“Happiness is the meaning and the purpose of life, the whole aim and end of human existence.”   …Aristotle

I understand Mr Ford was, in all probability, talking about physical success, and some may perceive it as a digression from the spiritual theme of my posts. But I don’t see it that way at all, because I’ve learned that true success has absolutely nothing to do with money or any other physical possessions. True success depends entirely on the amount of happiness we have in our lives. As Aristotle pointed out, in the above quote, more than twenty-three hundred years ago, happiness is the meaning and the purpose of life.

The mind is everything

And now it’s time to take a look at the Buddha’s first claim in my opening quote, the mind is everything. If the mind really is everything, then I must ask, what does that leave out?

The Course tells us,”Very few people appreciate the real power of the mind. And it goes on to say, The mind is a very powerful creator, and it never loses its creative force.” And right there, in those words, lies the reason why you become what you think, and there can be no exceptions to it.

Most people believe the mind is in the brain, or that the brain and the mind are the same thing. But the Course puts that error to rest with the following information: “You also believe the body’s brain can think. If you but understood the nature of thought, you could but laugh at this insane idea.” And it goes on to tell us why, as Buddha said, the mind is everything: It is God’s strength in you that is the light in which you see, as it is His Mind with which you think. Wow! I can’t help but ask; if it’s Gods Mind, how could it not be everything; what else could there be?

And now there’s a thought forming in the back of my mind, which is barely audible at the moment, but seems to be growing louder quickly. It’s telling me that I’ve written – or quoted – myself into a corner, and made a conundrum for myself. It’s asking me, how can we think with God’s Mind, and yet think all the the negative thoughts that bring fear and misery into our experiences? Surely these types of thoughts don’t originate in God’s Mind.

“When God created you, He made you part of Him”   …ACIM

The truth about who, or what, we are is really very simple, which is the reason why most of us won’t, or can’t accept it. As the Course tells us plainly: “Nothing is so alien to you as the simple truth, and nothing are you less inclined to listen to.”

And so we go on with our so-called lives, which we ourselves needlessly complicate and fill with fear, worry and anxiety. It seems as if we’re always looking for a way to change them for the better, but absolutely deny the only means we have to do so.

The simple truth about us is, as the above quote tells us, we’re Part of God Himself, and by extension, endowed with the very same Power of Creation He is. And it’s this awesome Power we used in an attempt to do the impossible and separate ourselves from Him. But as the Course tells us plainly & simply: “Nothing at all has happened but that you have put yourself to sleep and dreamed a dream in which you were an alien to yourself.” And what is a dream, except an illusion; and what is this alien to yourself, except the ego?

All negative thoughts come from the ego, that infinitesimal small part of our minds, which we believe we split off when we separated from our Creator. The Course tells us simply and plainly what the ego is: ““The ego is an idea, though not a reality-based thought… The sign of limited and separated self, born in a body, doomed to suffer and to end its life in death.”

And this is the version of ourselves, which, in our illusionary dream, we have made, and readily accept and believe to be who we are. About this version the Course says, amoung many other things: “Think how alone and frightened is this little thought, this infinitesimal illusion, holding itself apart against the universe.”

This illusionary self which we believer we are, is frightened; and why wouldn’t it be? It sees itself as separated from the one and only thing that naturally casts out fear, which is Love – it’s Creator. Therefore all its thoughts are based in fear, and have absolutely no basis in reality. These are the negative thoughts of misery, hate, sickness, depression and all other thoughts that are separated from Love. 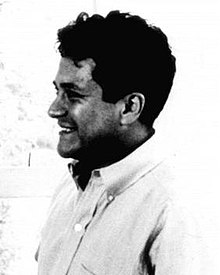 It’s always our own choice as to which though system we use. We can think from the ego’s system and dwell on the types of thoughts mentioned above. Or we can choose to change our minds and think from God’s System, which is a system of Pure Love. Either way, we will become what we think.

I’m going to close this post with a quote by the American author, anthropologist and spiritual teacher, Carlos Castaneda. He said,  “The trick is in what one emphasizes. We either make ourselves miserable, or we make ourselves happy. The amount of work is the same.”

Remember: The Children of God are Entitled to Perfect Comfort