“How can a world of time and place exist if you remain as God created you?” 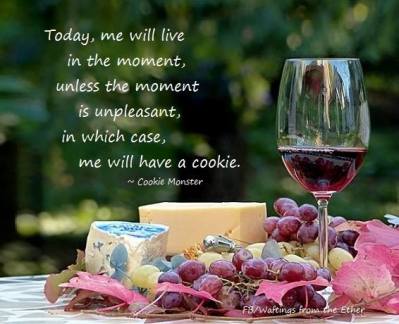 Just yesterday I was told, “Maybe you’re crazy.” I didn’t hesitate to think about what was said, I just laughed really loud, and moved on.

I’ve been thinking about that observation this afternoon in a more serious way, and I think to myself, maybe I am.

I once heard someone say something like, It seems that only the crazy people have any fun in this world. So maybe craziness is not that serious after all. If things get too unpleasant writing this, I’ll do as the Cookie Monster points out in the above image, and have a cookie. That should take care of any and all stress I may be under.

I must be a little bit off because there’s no way I can accept the idea that this world I think I’m living in is real.

I’m sort of like the girl in the image on the left; I like to listen, think and observe. And hopefully, the only thing that will consider me dangerous because of this is the ego.

Ever since I can remember I have been unable to accept the idea that this so-called life is as we’re told to think it is. I’ve been a continuous asker of questions concerning it. But not many of the answers ever made any sense – they just led to more questions.

I began my serious searching in a traditional Christian environment. I read and studied for years, but could not find the answers that satisfied. I asked lots of questions, and like I said above, not many of the answers ever made any sense – they just led to more questions.  Even though I did learn a lot from them, they just didn’t seem to go far enough to satisfy my longing to understand.

But there was one answer I received from one of the professors to my persistent questions, which I have kept in my memory throughout the years. He said, “When the plain sense makes common sense, don’t look for any other sense.” That was a real jewel of wisdom for me, and I have used it often.

After many more years of study, searching and asking, the first crack in the veil of darkness began to open. It was when I read Gary Zukav’s 1979 book, The Dancing Wu Li Masters. In this book Zukav opened to the understanding of the lay person what was hitherto an incomprehensible and confusing world – the world of physics.

He revealed in layman’s terms the fact that nothing in this physical world is as it seems to be. He did so in a manner that not only made it understandable, but also – and maybe more importantly – believable. To my way of perceiving, his book seemed like a connecting link, or something, that served to narrow the gap between the physical and the spiritual.

Like I said, his book began the cracking in the veil of darkness, but still it seemed like there was a lot more to it, so I continued my searching. I think that most of us humans are aware that there’s more to it, but some may be more determined than others. As The Course informs us: “Searching is inevitable here. For this you came, and you will surely do the thing you came for.”

The next thing that would open the crack in the veil of darkness much wider, and allow the Light of understanding to come streaming through was a phrase that came from Abraham; that group of non-physical entities who provide blocks of thought to Esther Hicks, whom then translates it into physical words.

I followed their teachings for years, by reading her books, and listening to her recordings. And on one occasion my wife and I attended one of her and Jerry’s meetings in San Antonio, Texas. Again, I learned a lot from them, but there still remained those pesky questions that didn’t quite get answered to satisfaction.

But there was one phrase she uttered one time that provided more understanding and answers than all my other learning combined. I’m not going to use quotation marks because I’m repeating it here from memory, therefore, it may not be exactly correct. But it’s really, really close. She said, Every thought you think becomes an entity with the ability to think. My first reaction was simply, Wow!! And disbelief. The implications of such a thing just seemed too enormous and too far out there to be believed.

But as I pondered what she said, my professor’s advice came rushing in; “When the plain sense makes common sense, don’t look for any other sense.” it just made so much sense, answered so many questions, and filled in so many blanks, that I allowed it to make itself at home in my learning center.

But still I kept searching, for there seemed to be still something missing. I read Gary Zukav’s, Seat of the Soul, which filled in some more blanks. I read the books Gary Zukav and his wife, Linda Francis wrote. I read most every book that Wayne Dyer wrote. I read Klaus Joehle’s Living on Love. I read and studied the Bhagavad Gita, the Tao Te Ching, some of Jane Robert’s Seth books, some Edgar Cayce books, and many other spiritual works, which I can’t recall at the moment. I was on a mission, and I tried to keep my mind open to everything and closed to nothing.

I purchased a set of CDs titled, The Disappearance of the universe. by Gary Renard, which I listened to over and over, and over again. Because his message was sort of based on A Course in Miracles, I decided to get a copy of it. I had heard of it way before I listened to Gary Renard, but because Helen Schucman claimed that Jesus Christ was its Source, I shied away from it. For some reason, even though I could accept Esther Hicks’ claim concerning her Source, and Jane Roberts’ claim concerning hers, and others. I found it difficult to accept Schucman’s claim that Jesus Christ was hers.

I finally relinquished my negativity surrounding the issue, and acquired my first copy in the fall of 2,011, and began my journey into it. I began reading it – not studying at that time – and it grabbed me as if I were made of iron and it was a powerful magnet, and I couldn’t put it down. I have not read any other spiritual work since, for in The Course, I have found every satisfactory answer I needed. To my way of perceiving it’s the ultimate in my quest to understand this physical experience.

“There are only two thought systems, and you demonstrate that you believe one or the other is true all the time.”   …ACIM

There’s the ego’s thought system, from which people who see only the physical derive their thoughts. And there’s God’s Thought System from which those who recognize the Spirit derive theirs. That’s it, there are only two – there is no more. And each and every human on this planet is demonstrating every minute of every hour of every day which one they believe is true. The Course confirms this: Teaching is a constant process—it goes on every moment of the day and continues into sleeping thoughts as well.

“The world is an illusion. Those who choose to come to it are seeking for a place where they can be illusions and avoid their own reality.”   …ACIM

If this world is real, then there’s no alternative other than God is crazy, or He doesn’t exist. Those are the only two answers to choose between if this world of sickness, suffering and death is real. There’s no way a God of Love could create such a place as this; a place where His own Creations live in constant fear of death. In answer to this The Course states: You made this up. It is a picture of what you think you are, of how you see yourself. 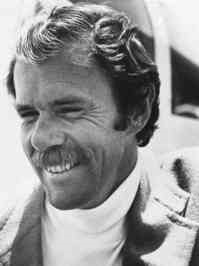 You think you’re powerless and a victim of the world and whatever it wants to throw at you – but it’s not true. As The Course tells us: Your mind is capable of creating worlds, but it can also deny what it creates because it is free.  God did not create us to be victims of dreams and illusions. He created us to be co-creators along with Him.

I’m going to close this post with a quote by the American Writer, Richard Bach. He said: “Learning is finding out what you already know. Doing is demonstrating that you know it. Teaching is reminding others that they know just as well as you. You are all learners, doers, teachers.”

I really and truly appreciate you visiting this blog – Thank you

As much as you can, keep thinking positive  – you’ll find that life is better that way.