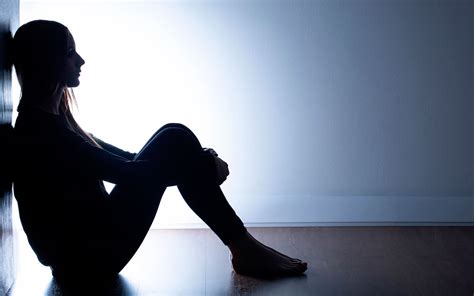 “Do not waste one moment in regret, for to think feelingly of the mistakes of the past is to reinfect yourself.”    …Neville Goddard

How many of us actually live in that which we call the present? I would venture to say, not that many. And now another question rears its inquisitive voice and asks; if we don’t live in the present; where do we live? The answer is, most of us are living in a dimension that doesn’t even exist – i.e., the past.

And now another question almost screams at me; if the past doesn’t exist, as you say, then how can you say we’re living in it? The answer to that is easy for me. As I keep repeating, and have been doing so throughout these posts; this world and everything connected to it, such as the past, is all illusions – every bit of it. And because it’s all illusions, this whole physical experience is nothing but a dream. Most of the time we’re dreaming of past experiences even though they’ve slipped away and no longer exist.

You may question my assertion that the past doesn’t exist, and that’s a very normal position to take in this world. For this is a world based on the illusions of time and change. Most people are of the opinion that only spiritually minded people with their heads in the clouds, so to speak, question the reality of time. And it’s true that spiritually minded people do that. They do so because it’s impossible to accept that time has any reality if everything God created is eternal. The aspects we refer to as time and eternity are mutually exclusive of each other – where one is the other cannot be.

But even scientifically minded people such as Albert Einstein was, have their doubts about the reality of time. Einstein once said: “People like us, who believe in physics, know that the distinction between past, present, and future is only a stubbornly  persistent illusion.” You’ll notice he didn’t say, believe, think or theorize. He used the word believe when referring to physics, but when referring to past, present and future, he used the word know. Their work in theoretical physics proved to these scientists that the present moment is the only time there is – or ever will be.

In my opening paragraph I implied that most of us humans are living in the past, but that’s not quite correct. As the above quote from The Course states we think we live in what is already past.

The truth is, none of us are actually living in this world at all. As The Course tells us, In any state apart from Heaven, life is illusion.

It cannot be said often enough that this world and everything in it is an illusion. That being said, I want to add that for convenience and simplicity’s sake I sometimes will use the phrases live in, living in, or some other similar expressions when referring to this world. But I want to make it crystal clear that I’m not contradicting myself.

“By the notion of paying for the past in the future, the past becomes the determiner of the future.”   …ACIM

Those who are invested heavily in this physical experience, are also invested heavily in the whims, notions,  impulses  and teachings of the ego. And the ego teaches that the past is the only aspect of time that has any meaning. Therefore most people create many of  their problems by listening to the ego’s teaching, and allowing themselves to become obsessed with the past. They hold on to it until it becomes the only time sequence that means anything to them.

The sad part of this indulgence in the past is, except for a few moments of reminiscing with family members or close friends now and then, people hardly ever pay attention to any happy moments it contains. Their thoughts seem to become completely consumed by either some mistakes that were made, or by a death or other serious incidents. They begin to blame themselves for past mistakes and other happenings, thereby attracting the destructive emotion of guilt into their minds. And the ego will insist, and do so insistently, that guilt needs to be punished.

Whatever we think has been done in the past cannot be undone, therefore many people punish themselves by trying to make amends for what cannot be amended. By keeping the thoughts of guilt fresh in their minds they assure that their future will be a replica of their past. And on and on and on it goes throughout the corridors of time. A long – but absolutely needless – trip through fear, depression, and anxiety. This trip will continue until it’s decided to let the past slip into the nothingness from which it came.

I find the word insane to be a bit strong for my liking, but nevertheless The Course uses it extensively. As Jesus uses it in The Course it has a somewhat different meaning than when the world uses it. The world uses it to describe anyone whom it views as being seriously mentally ill.

On the other hand, as Jesus uses it in The Course, it more or less, refers to those who exclusively believe in the ego’s illusionary teachings. It’s also used to describe the whole world of illusions, as this quote states: This is an insane world, and do not underestimate the actual extent of its insanity.

When a strong feeling of guilt is held in the mind for a long period of time it causes the negative emotions mentioned above, such as fear, depression, and anxiety. And in some cases, if the guilt is deep enough, it can, and does lead to insanity.

But whatever the extent of it is, we can rest assured that God is the only cause of everything that exists, and as the above quote from The Course explains; guilt is not of Him. If it’s not of Him, then it’s an illusion, and illusions can be let go simply by changing your thoughts.

“The past has gone. It never happened in reality. Only in your minds, which thought it did, is its undoing needful.”    …ACIM

Happiness, Peace and Joy are experiences that will come to us as we learn to forgive and love ourselves. Forgiving and loving ourselves, and others, is the only method available to us to get rid of guilt. As The Course says, Forgiveness is the key to happiness.

But that being said, the forgiveness The Course talks about is not the same as the world believes in. The forgiveness the world bestows is to see someone as guilty, and then attempt to overlook the guilt while believing they’re still guilty.  True forgiveness, which is the one The Course promotes, doesn’t see guilt at all. It sees everything and everyone just as God created them.

How is it possible to forgive the past? For those who haven’t yet decided they’re  Spiritual beings it’s quite difficult. True forgiveness has to be learned, and it’s not an easy lesson for those who see only the flesh. It’s quite difficult to learn it, or known it, without recognizing the Spirit.

For those who believe that they remain as they were created, it’s much easier, but still requires practice.

The past is forgiven when you realize, and then accept, that nothing exists which God did not create, and that includes the past. You can then begin to practice directing your thoughts to concentrate solely on the only aspect of time there is – the present moment. By doing so, you forgive the past and let it go

I’m going to close this post with a couple short quote from The Buddha: “The mind is everything. What you think, you become… You, yourself, as much as anybody in the entire universe, deserve your love and affection.

I really and truly appreciate you visiting this blog – Thank you

As much as you can keep thinking positive  – you’ll find that life is better that way.

One thought on “Let It Go”