How many people pray to an unseen, but perceived, Higher Power each and every day? I would venture to say that most all humans – even though many would not admit it – pray in their own way every day. Some pray in secret; some pray in houses of worship; some pray standing on street corners; some pray while working, and others enter into their closets – on and on it goes.  We don’t have to belong to some organized system in order to pray.

But how many receive a specific answer to the specific problems and concerns they pray about? That’s a question that must be left unanswered, for no one truly knows. But if it were necessary for me to guess, I would say, not that many.

In my last post I talked about forgiveness, and how it’s the one and only action that can, and will, free an imprisoned mind. My opening quote for this one tells us that; one who prays without fear cannot but reach Him (God). And The Course tells us: The unforgiving mind is full of fear.

Therefore, unless these Sources are wrong – and that’s not even worth considering – there’s a very uncomplicated message contained here. And that message in all its simplicity is this: If we’re not ready to forgive everyone for everything then we’re the possessors of  imprisoned and fearful minds.

And minds that are filled with fear cannot reach God, no matter how desperately or determinedly they try. They cannot reach Him because they’re holding on to unforgiveness. And again, as The Course teaches, The unforgiving mind is full of fear. Fear is the lock which an unforgiving mind makes to imprison itself. There’s only one key in the entire universe that will open that lock – and that key is True Forgiveness.

God is synonymous with Love, and fear cannot request anything from, nor enter into the presence of Love – it’s just that simple. Therefore, we cannot go to Love in Prayer while we hold onto grudges, resentments, ill-will, or hostility of any type towards another.

When you hold onto these emotions your mind becomes a storehouse of negativity and fear. And it’s for this very situation The Course  tells us, “The only meaningful prayer is for forgiveness…”  As long as there’s negativity and fear in your mind it’s the only one that can be answered.

“God does not forgive because He has never condemned.”   …ACIM 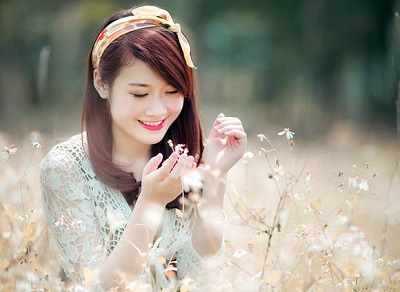 And now, it seems, we have run into a very serious conundrum. How can we accept the idea that The only meaningful prayer is for forgiveness, and at the same time be told, God does not forgive?

I must admit that as long as we use the same thinking the world does, it seems like an impossibility. It looks as if we’re told to pray for something to which there’s never going to be an answer – but that’s not true at all.

The answer to our perceived  conundrum is, as all things concerning God are, a very uncomplicated one. I have been stressing throughout these posts that God created you perfect. And whether you see yourself that way, or not, does not change the fact.

The Course states emphatically  over and over again that, “You are as God created you.” Considering this revelation, the question must be asked; if you are as He created you – and you are – then what would there be for Him to forgive? The answer is an emphatic, nothing! As we’re told, the reason He doesn’t forgive is; He has never condemned.

“No one can give unless he has. In fact, giving is proof of having.”    …ACIM 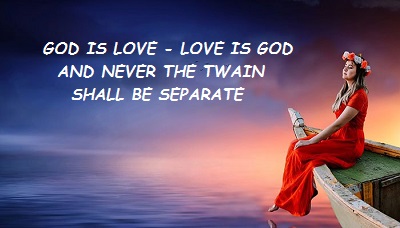 We have no problem realizing that this is true for tangible things, such as money, or some other material things. But when it comes to those intangible things like forgiveness, we often don’t see it as necessary. We erroneously believe that we can offer forgiveness, if we’re so inclined, without first having received it for ourselves. But it’s simply not true.

Those who are perceived as guilty are still guilty even though there has been an attempt to overlook the guilt. First they’re looked upon as sinful and then they’re condemned. After the condemnation the ego’s forgiveness makes a false attempt to undo it. The Course says, “It is impossible to think of sin as true and not believe forgiveness is a lie.”

True Forgiveness begins the moment you realize that there is no such thing as sin. For sin is never without its companion, guilt – the most destructive of all negatives.  Concerning guilt, The Course points out, “No one who sees himself as guilty can avoid the fear of God.” All the perceived sinfulness of this world is nothing but bad dreams. This whole world is made up of dreams – or if you prefer, illusions.

If we’re ever to receive answers to our prayers we need to see ourselves as already forgiven. Our task is to pray for help in this, for it is we who have condemned ourselves.  True forgiveness is to see ourselves, and all others, as God created us – forever innocent, forever sinless and forever uncondemned.

This is what our Prayer must be. It should not be an entreaty made to God to forgive us, for with Him there is nothing to forgive. Even though it doesn’t seem so in this ego-made world, we are already innocent, sinless and uncondemned. And no more is asked of us than to receive what is already given; to accept what is already there.

Once we can believe, and then accept, the idea that as God created us, we’re already forgiven, then we can forgive ourselves for all the wrong perceptions we have made of ourselves. As The Course says: “What is sin except a false idea about God’s Son?Forgiveness merely sees its falsity and therefore lets it go. What then is free to take its place is now the Will of God.”

“The secret of true prayer is to forget the things you think you need.”     …Song of Prayer

In Truth we humans have just one need, even though we “Think” we have many. The one and only need we have is to let go of the ego’s belief in separation. The ego continually teaches us that we have separated ourselves from our Creator – which is an absolute impossibility. Talking about the Holy Spirit, The Course says, “He knows you are not separate from God, but He perceives much in your mind that lets you think you are.”

Until next time, think positive – You’ll find that Life is better that way.