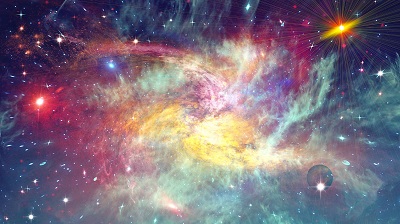 “The universe of love does not stop because you do not see it”    ...ACIM

There is a universe that our physical eyes will never see. It’s a universe of Love, created from Love by Love, and for Love. It’s the only universe there is; there is no other.

Oh I understand that we can look up into the heavens on a clear night, and see all those twinkling stars, and think we’re looking at a part of the universe. But it’s not true. Everything we think we see with the body’s eyes is an illusion. Whether we want to accept it, or not, does not influence truth one iota. We were created by Love, from Love and for Love – that’s what we are. We are not a part of the universe; we are the universe.

Your closed eyes have not lost the ability to see

We see what we want to see. We may think we want to see reality revealed, but actually we’re afraid of it. We’re afraid of it because we believe that once we see reality our whole world will collapse – which it will. And it’s this fact that frightens us, for this ego-driven world of suffering and death is all we know. And we do whatever it takes to hold onto it, even though we’re aware that it’s all just temporary. Therefore, we have made the decision not to see.

Reality will never be seen with the body’s eyes. It’s not these that we have closed. We have closed our spiritual eyes, and by doing so we have lost our spiritual vision. But just because these eyes are closed does not mean we can’t see once they’re opened. As the above quote says, we have not lost the ability to see.

You see the flesh or recognize the Spirit 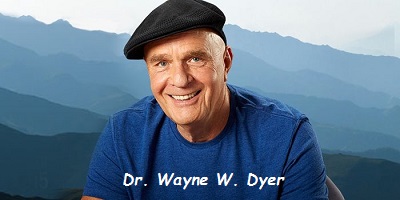 As the great Spiritual Teacher, Dr. Wayne Dyer once said, “Loving people live in a loving world. Hostile people live in a hostile world. Same world.” And it’s the same with everything. We all get to live in the world, or universe, that we choose to see. If we choose to see only the flesh (physical) then we get to live in this ego-made physical world of hate, suffering, sickness and death – and we see no other.

But when we choose to recognize the Spirit, then our spiritual eyes begin to open. Because they have been closed for eons of time, and reality seems to be so foreign and frightening, it takes awhile for them to open and allow spiritual vision to dawn upon us. Even so, once the decision is made the Universe of Love (the only real one) conspires to extend spiritual vision to us. Then slowly, but surely, the world of hate, suffering, sickness and death begins to look and feel less intense. Light begins to take the place of darkness. Love begins to replace hate. Wholeness begins to make itself known, allowing the world of separation to be Healed. Sickness, suffering and death begin to be seen for what they are; ego-made illusions. Once this choice is made our way is set – there’s no turning back.

Look upon the glory of His creation, and you will learn what God has kept for you. 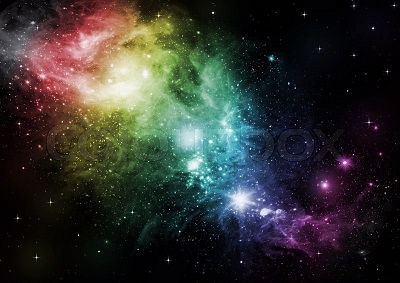 Again, we cannot see the glory of His creation, with our physical eyes. Oh, we can see some awesome beauty, like that in the image on the left. But even this takes the intervention of telescopes and other aids for the eyes to see.

The Course tells us that the body’s eyes see only form.  This means that all the seeing they can do stops at the outside. The glory of God’s Creation cannot be seen on the outside, as The Course also says: See how the body’s eyes rest on externals and cannot go beyond. Watch how they stop at nothingness, unable to go beyond the form to meaning. Nothing is so blinding as perception of form. For sight of form means understanding has been obscured.

God is in everything I see

When we look at anything with our physical eyes we cannot really understand what we’re looking at. Oh we have this faint idea that we understand it. But that’s part of the illusion; how can an illusion be understood? Everything the body’s eyes see is an illusion – it’s not real. This is so because everything we can see, without exception, is going to decay and eventually, be no more. It’s temporary. The only part that’s not temporary is the Foundation on which it stands, and from which all it’s beauty is made manifest. Everything springs eternal from that which our physical eyes will never rest upon – the Universe of Love. This is the core and foundation of all things. And it can be seen only with spiritual vision. It contains the Beauty of the Creator of Love in all its Glory. 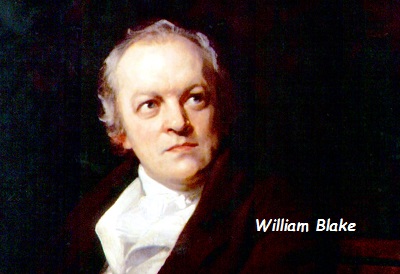 Who amoung us looks upon anything and sees God in it? The answer, I would venture to say, is not that many. But again, as The Course tells us, He is in everything we see. And that is the very reason why we cannot understand it by looking with the body’s eyes only.

The great English poet William Blake understood this when he said: “The tree which moves some to tears of joy is in the eyes of others only a green thing which stands in the way.”

It’s not a mystery to understand why seeing is so different for us humans. It’s all a matter of beliefs and perspectives. Those who see only the flesh, can see only the form of the tree. To them it’s no more than a green thing which stands in the way. 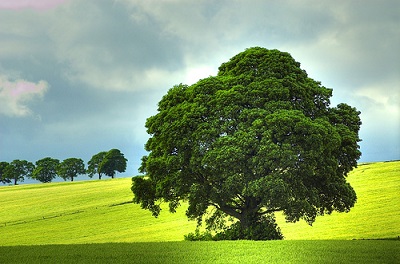 Then there are those who have decided that there’s more to creation than form. Actually form is not part of creation at all. It’s only an ego-made illusion, made to hide the Glory of God’s creation from our sight.

Those who recognize the Spirit understand this. Therefore, their vision ignores the form, and goes directly to the underlying Source of all things. Here they see the Glory of God manifested in all of His creation. Which reminds them of the Glory of the Home they left so long ago. And it’s this recognition and longing for Home and all It’s Glory that causes tears of joy to flow.

I’m going to close this post with a quote from that wonderful spiritual work, A Course in Miracles: Next to you is One Who holds the light before you so that every step is made in certainty and sureness of the road. A blindfold can indeed obscure your sight but cannot make the way itself grow dark. And He Who travels with you has the light.

Until Next Time, Think Positive – Life is better that way.