I’m using a very straight forward quote from the great, spiritual work, A Course in Miracles, by Dr. Helen Schucman. How much straighter forward could any statement be than that quoted here?

It seems to me it’s only logical that if we’re ever going to live a healthy — and therefore, happy – life, then we have to find a way to step away from the world’s ideas which dwell on sickness. But not just step away from them, we need to turn from them — and dwell on their opposites.

In other words, we need to direct our 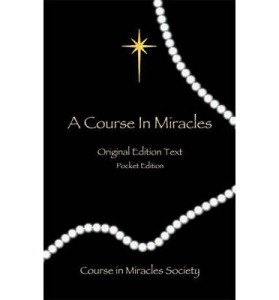 thoughts toward ideas that promote healing and away from those which promote illness.

To begin let’s have a look at just what an “Idea” is; what do we mean when we talk about ideas? And I’m ready to admit right up front that it’s a very difficult task to pin down, so to speak, the meaning of the word idea. The Dictionary provides nearly a dozen different definitions for the word, ranging all the way from “any conception existing in the mind,” to that of “pure reason,” which includes indemonstrable concepts such as God — I hasten to point out that the last one is their opinion, and not mine.

The definition that I’ve settled upon for this post is this one taken from the Dictionary:  “A thought, conception, or notion.” I’ve settled on this because in the context which this post is written I particularly like the word notion for this reason; one of the definitions for it is: “a fanciful or foolish idea.”  And it’s my belief that most of the world’s ideas which dwell on sickness are no more than that – foolish ones.

Illness is not a Normal Aspect of Life

The first notion concerning sickness that we need to consider — which as far as I’m concerned is the most foolish one of all — is the one that those who make a profit from illness, and therefore just love to promote; is this: Being sick is a very normal aspect of life. In other words, once you’re born into this physical world it’s normal for you to be sick.

This idea should take priority over all others as the one that’s the most urgent to be removed from our thinking, and therefore from our minds completely. It’s a nonsensical idea of the world that’s not only completely false but also has the potential to keep those who may hold onto it in complete dependence on the medical establishment throughout most of their physical experiences.

Therefore, it’s imperative to our health and well-being that we allow the opposite idea of it to become a regular part of our thinking – which, according to the opening quote I used, will promote health and healing. And this is its opposite: Being born into this physical dimension does not automatically sentence anyone to a life of sickness. In other words, sickness is not a normal aspect of life — and we need to remind ourselves of this truth as often as we can

Another nonsensical idea that the world loves to dwell upon, and hold up as infallible, is the belief — to which, at least, 99% of people subscribe — that it’s mandatory that we succumb to such conditions as weakness, frailty, illness and other adverse situations as we advance through the normal process of aging.

Again, as I mentioned above, it’s absolutely imperative that we make a 180-degree turn and also allow the opposite idea of this one to become a regular part of our thinking – which will, according to the opening quote I used, promote health and healing. And the opposite of this one is very similar to the first one; it is this:  The aging process does not automatically sentence anyone to an experiencing of the conditions mentioned in the last paragraph. And, as I said concerning the first one, we also need to remind ourselves of this truth as often as we can. It needs repeating until we believe it – because it is the truth.

There’s another belief that the world loves to dwell upon and hold up as infallible that I feel we should mention before I close this post. It’s this; most people believe they’re vulnerable to every illness, disease, germ or virus that they hear about. As far as I’m concerned this one fits right into the notion category — or that of nonsensical ideas. But even so, at least, 95% of people subscribe to it and accept it as their reality.

The Power of Denial

And because of that acceptance, I want to talk a moment or so about something that many people seem to use improperly which is the power contained in denial. Most of the time when we hear people talking about denial we think they’re using it improperly, because they’re denying that which we believe to be inevitable.

But I believe there are times and circumstances in which this power can be used to bring about very positive results. And it’s this power we can learn to use to help us make the one-hundred-eighty degree turn required in order to dwell on the opposites of the world’s ideas which dwell on sickness. We can use this power against all three of the ideas which I’ve mentioned in this post — there are many more, but this post will stick with the three that I believe to be the most serious.

The power of denial can be very important in these sorts of situations. For example, even if you presently believe, or are leaning toward the acceptance of any, or all, of the three notions mentioned in this post to be true for you, you can begin to use the power of denial and start to change this belief.

And if you’re fortunate enough to have an open mind concerning them, and you should hear, read about, or in anyway become aware of any of them you can simply and silently use your thoughts and tell yourself: I deny that to be true; it’s a nonsensical idea. And when you deny something – anything — to be true for you its opposite then becomes your truth – there’s no other choice.

In closing this post I’m going to leave you with this gem of wisdom from the American cartoonist and author, William Watterson. He said; “It’s not denial. I’m just selective about the reality I accept.”

So whether we call it denial – or something else — we should do everything within our power to, as Watterson pointed out, become very selective about the reality we accept.

As always, thanks for reading, and until we meet again, keep building lots of healthy habits by following the second-to-none health advice that will be found on this site — and may God richly Bless you.